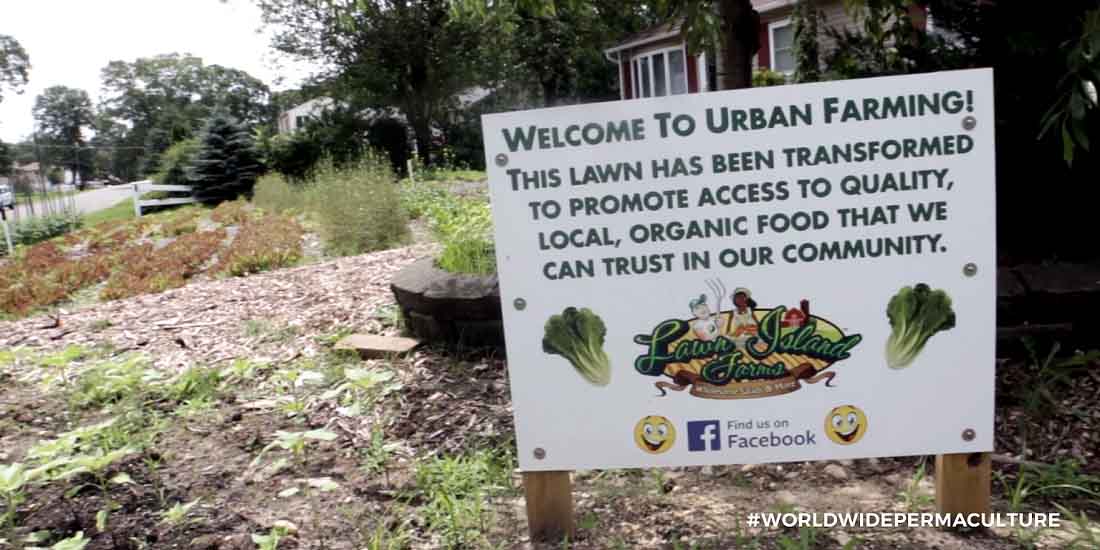 Lawn Island Farms, whose mission is to turn Suburban Lawns to Suburban Gardens, was founded by Jim and Rosette Adams in New York, United States. Born and raised in Uganda, Rosette was used to cooking meals straight from the garden, as opposed to purchased from a grocery store. To Rosette, learning that Americans didn’t grow their own food was shocking – and after taking a job at a local community supported agriculture farm, Rosette and her husband, Jim, decided to start farming themselves.

Jim and Rosette decided to start growing their own food to feed their family. Jim, upon coming to this decision with his wife, was looking for a change in career and way of life and welcomed the new urban farming business that the idea was going to bring to Long Island. 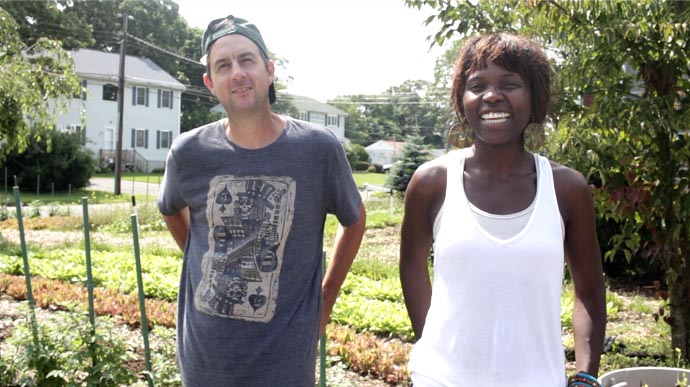 As Jim and Rosette started their farming journey, they realized how expensive farm land is. To avoid shelling out many thousands for farm land, the two decided to use space that, in their eyes, is often wasted – front yards.

In their journey Jim and Rosette started handed out flyers and posters, and unsurprisingly neighbors agreed to have their yards converted. To demonstrate that not only is it a great use of the space, but also financially sustainable, in exchange for $30 worth of fresh produce a week, Jim and Rosette use home owners’ yards to grow their produce. The fresh produce such as spinach, arugula, radishes, and carrots is then sold in local farmer’s markets and shared with neighbors.

The couple comes in and does all of the hard work – they plant, water, and collect all of the produce. In return, this means that home owner’s no longer have to cut their lawn or pay for landscaping services.

See also  What is Permaculture?

Lawn Island Farms is part of a growing movement, where people transition from unproductive lawns to productive sources of produce.

“It’s bringing fresh, local food to the community” says Rosette about the business. She has also been quoted defending her and her husband’s choice to turn their lawn into a farm by saying “everybody needs food” and “we cannot eat grass, so we might as well grow food”. Some people, however, aren’t fans of the Adams’ urban farming, claiming that “it should be in their backyard, not on the front lawn”.

To connect with Jim and Rosette,

One thought on “Lawns to Gardens”