The Seven Layers of a Forest 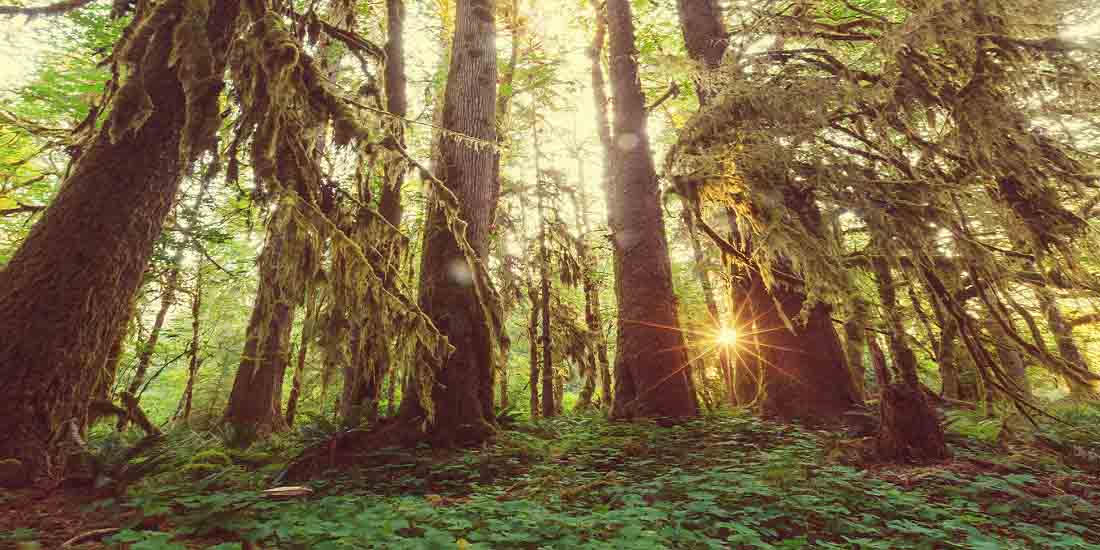 Layers are one of the many tools used to design and implement functional ecosystems which are sustainable and of direct benefit to humans. Mature ecosystems have a large number of relationships between the component parts: trees, understory, ground cover, soil, fungi, insects and animals. Because trees, plants, etc grow to different heights it is extremely easy to grow a diverse community of life in a small space.

This layer is the starting point in our design. Kay Baxter of New Zealand first suggest planting all layers at the same time to reduce energy input and this has been widely adopted ever since.

Typically the canopy layer reaches over 30 feet in height and is used in larger forest gardens. It can include fruit and nut trees as well as those that absorb nitrogen from the environment.

Typically 10-30 feet in height and works well in ecosystems of limited space. The majority of your fruit trees will be in this layer. Sits directly under the canopy layer and can be a great source of income; offering species such as coffee or olives (depending on the climate)

Up to 10 feet in height this thicket layer contains fruiting bushes as well as nut, flowering, medicinal and other plants. A great place to plant Siberian pea shrub and blueberries (depending again on climate), making it an easily managed layer.

This is the layer which usually dies back each winter (if cold enough) to give back to the environment around it. Sometimes a confusing layer as it can often contain small trees that look like bushes and herbaceous plants such as bananas. With careful planning, both annuals and perennials can be grown in a food forest farming scenario for abundant production of resources. Many culinary and medicinal herbs and herbs, as well as other beneficial plants, are grown in this layer.

Some overlap does exist between the ground-cover and herbaceous layers. Also called the horizontal layer, plants grown here, are often shade tolerant and grow closer to the ground in dense formations. This layer often looks weedy and is often filled with leguminous species which will die off every season. After about five years it is good practice to put in perennial species which prevent soil erosion and if possible provide some nutrients to the surrounding area, while of course looking good.

Also called the vertical layer, but known as the rhizosphere. This layer can be an extension of other layers whose vines, trunks or leaves come up out of it or filled with root crops. When filled with biodiversity this layer provides a path for water and air that over time no machine is able to do. This layer breathes life into the soil.

While there are many species that fight for the light of the sun we find that nature has a balance to it. Vines and climbing plants have adapted to use other species for structural support allowing them to climb and find maximum sun exposure. When we are designing this layer we always have food in mind and can find great ways to add more productivity to a small space. This layer can work well with other layers to add to our abundance. 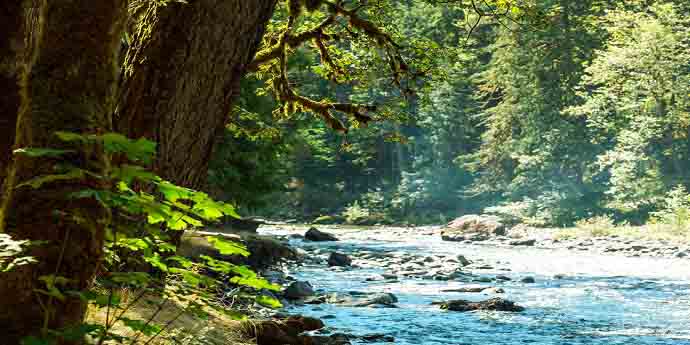 Many forests and gardens have water running through them in the form of rivers, streams or ponds; perhaps you are lucky enough to find a natural spring. There are a whole variety of plants which can survive on the water’s edge and then some which can only survive in the water. These plants can be a great source of food, fiber, animal feed and compost.

Fungal networks can live in healthy soil and also on and within the roots or trees of our other layers. This amazing system, which we are only beginning to understand, can transport nutrients and moisture from one part of our ecosystem to another.

2 thoughts on “The Seven Layers of a Forest”